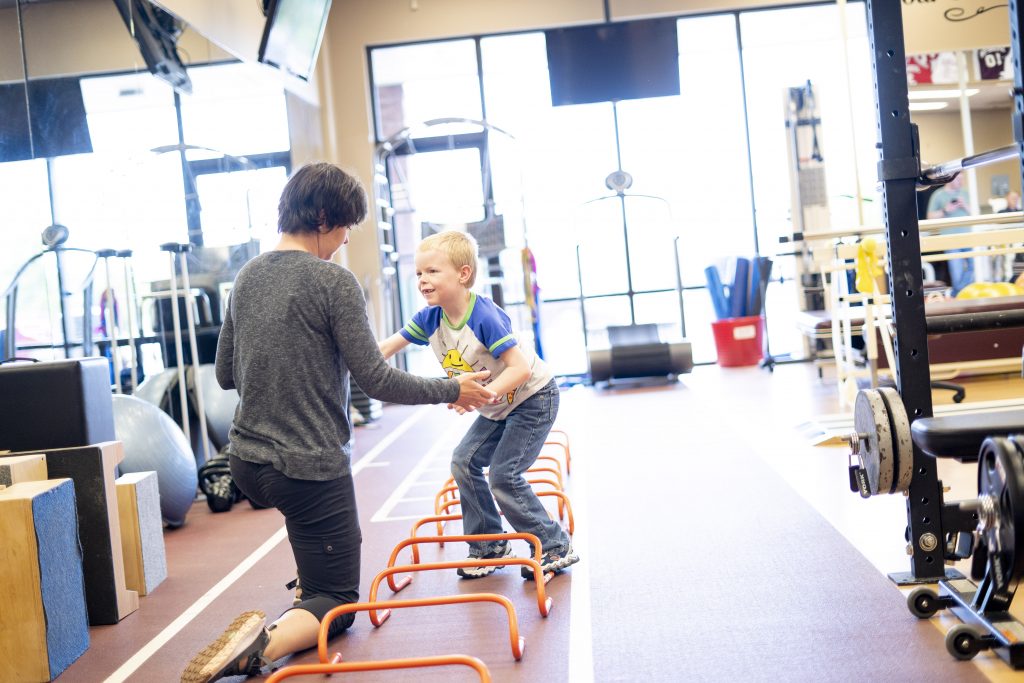 Spearfish’s geographic location has served the community well – and not just for tourism.

For folks living in western South Dakota, northeastern Wyoming and southeastern Montana, quite often Spearfish is the closest option for health care, according to Larry Vietz, chief executive officer of Spearfish Regional Hospital. Patients in this area can sometimes travel well over 100 miles to Spearfish for medical care.

And while many communities across the country have struggled to simply maintain, much less grow health care options, the industry has thrived in Spearfish.

“We have a great array of health care services that you don’t normally find in a community of this size,” Vietz said.

He cited orthopedic care, MRI imaging, and OB-GYN services as examples. In fact, the only two hospitals with maternity wards in all of western South Dakota are in Spearfish and Rapid City; although other delivery options are available.

“To have that variety not only of specialties, but to have choices of physicians within those specialties is attractive,” he said.

Vietz said most medical services are available in Spearfish with the exception of invasive cardio and radiation therapies. But even in those areas, some follow up work is done here.

“Spearfish Regional Hospital has experienced tremendous growth in outpatient services,” Vietz said. “Yet the number of beds have remained stable over the years, perhaps even experienced slight growth.”

The hospital has been able to increase its number of in-patient beds, as more complex surgeries are being done here, Vietz explained. In the last year alone there has been a 33 percent increase in the volume of orthopedic surgeries done in Spearfish, and Vietz expects that trend to continue.

To accommodate this growth, Spearfish Regional Hospital recently announced a $5 million, 2-story expansion project, which will add almost 7,500 square feet – 6,000 square feet on the main level – and an additional 100 parking spots. The project should near completion at the end of 2013.

The thriving health care industry has benefited Spearfish in many ways. When people come to Spearfish for medical care, they often conduct other business here, as well, according to Vietz.

“We are a bit of a hub,” he said. “We benefit from people wanting to come here, too.”

Much of today’s success can be attributed to Spearfish Regional Hospital becoming part of the Regional Health system in 2002, Vietz said.

“I believe there are great advantages to be in a system that is geographically located,” he said. “That’s what was really developed when Rapid City Regional purchased Banner. You benefit from the cooperation that takes place.”

Although the purchase resulted in some duplication, Regional Health did not lay off anyone and instead offered job changes.  Regional Health provided a higher level of capital spending for health care in the community then had been done previously.

Health care has played a significant role in Spearfish becoming a popular community for retirees.

Larry and Karen Miller retired to Spearfish from Hershey, Penn., in 2005. The Chadron natives appreciated that Spearfish was tied into the Regional Health system.

“When you retire, health care is pretty important,” Larry Miller said. “But for us, it wasn’t just the availability and proximity of health care – it was also about the sort of preventative health measures available like fitness opportunities, swimming and exercises.  We’re both bicyclers so we’ve done the path in town routinely and the Mickelson trail a couple of times.  We’ve both used chiropractors, and also have our family doctors here. We do all the sort of regular, routine stuff in Spearfish.”

Federal health care reform makes it difficult for health care providers to adequately plan for the future, he said. While Spearfish Regional Health will continue to consider new offerings in the community, that is not the ultimate goal.

“Our emphasis is on providing a certain level of care,” Vietz said.

Miller said, “Our satisfaction has never diminished. If anything, it has grown. Spearfish offers so many of the diverse things that we were looking for.”