When Bonnie and Bob Dardis opened the McDonald’s on North Avenue in Spearfish in August 1981, they were a little nervous.

“They knew it was a small town for a McDonald’s,” explained their son, Calvin Dardis. “My dad kept his job as a milkman for Brown & Swiss for a year until they knew it was going to work.”

Calvin began working at McDonald’s on the very first day as he attended college. Within a year, the Dardis family was adding on to the restaurant, and 20 years later they sold the Spearfish restaurant to Calvin who remains the owner.

The Spearfish restaurant was so successful that the family opened a second McDonald’s in Sturgis in 1986, which is owned and operated by Calvin’s brother Kelley Dardis. 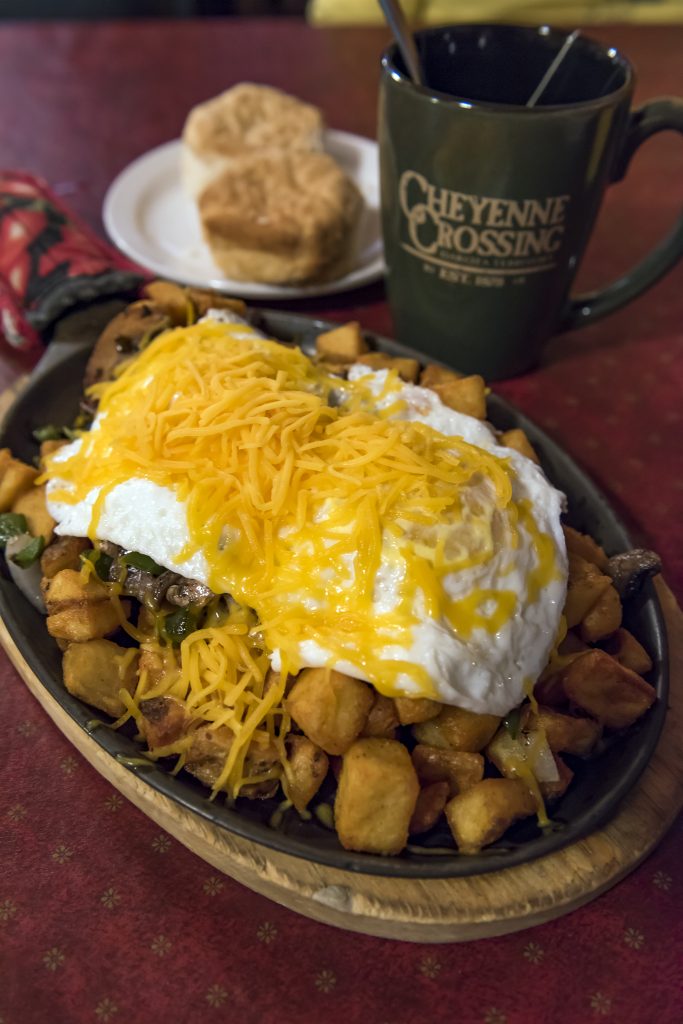 “The community has been good to us, and hopefully we’ve been good back to the community,” Calvin said about his family’s long tenure with McDonald’s.

But McDonald’s wasn’t the first national franchise to settle in Spearfish. That honor may belong to Dairy Queen.  “It was a really big deal when Dairy Queen opened on Jackson,” said Alyce Schavone.

Alyce and her husband Tony Schavone came to Spearfish when her husband was offered a temporary teaching position in 1957. Alyce began teaching in Lead in 1958 when Tony’s position became more permanent.

“Since we both worked we went out to eat often,” Alyce said.  She recalled wonderful bygone eating establishments such as the Valley Café on the east side of Main, and the Hillcrest Drive Inn, which was a converted Texaco Station from the 1930s that stood where the Hood & Nies building is now on the curve of Colorado Boulevard.

“Tony would go out for coffee with the boys at the Canyon Café,” Alyce continued to reminisce. It stood across Main Street and up the block to the north from the Valley Café.

Alyce continued to remember restaurants like Belle’s Steakhouse, housed in the former grocery store (now Killian’s Steakhouse), the restaurant in Kelly’s Motor Inn in the Old Spearfish Hotel, and the Polka Dot.

Long-time Spearfish resident and developer Joe Jorgensen owned the land along Spearfish Creek in the mid-1970s when the Pizza Hut Corporation decided to open the first pizza parlor here. In response, he demolished “Joe’s Cabins” and built the building to rent to Pizza Hut.

“The community didn’t think the town could support a pizza business, but Pizza Hut corporate thought it would work because of the college,” Jorgensen said.

At that point, Spearfish was the smallest town with a Pizza Hut, yet it had the largest grand opening ever.

About the same time, Margie’s Supper Club on the northwest edge of town was a “busy, busy place,” according to Alyce Schavone. It was popular with Northern Hills residents and visitors alike.  Back then, many locals would choose to stay home three nights each week, due to the Black Hills Passion Play performances, because most restaurants in town were too busy serving tourists.

Restaurant choices today continue to be a mix of unique, locally-owned establishments, as well as many national known chains from which to choose from.

Spearfish offers a dining experience for everyone from Lucky’s 13 Pub to Roma’s Ristorante at Exit 14, and from the Bay Leaf Café to Taco John’s downtown and everything in between.  Steak houses, home cooking American style, Italian, Chinese, and Mexican, in fast food form or for formal sit down dinners, we have it all.

“It’s grown,” Alyce said about the eating options in Spearfish, “And I can’t say that there’s a bad one.”

In 2009 a computer programmer determined the farthest a person could get from a McDonald’s in the United States was on the high plains of northwestern South Dakota. Between the tiny Dakotan hamlets of Meadow and Glad Valley, somewhere between Rapid City-Spearfish-Sturgis and Dickinson-Bismarck and Pierre lies the McFarthest Spot. There it is 107 miles to the nearest McDonald’s as the crow flies or 145 miles by car!

The location was recalculated in 2010 and was shifted to the high desert of northwestern Nevada where the nearest McDonalds is 115 miles away as the crow flies.

Bonnie’s brother, Mike Kelley, had been a McDonald’s franchisee in Dickinson and then Williston, ND, for several years. He made the initial arrangements to bring McDonald’s to Spearfish; his father Bud Kelley was going to run it. Unfortunately, Bud passed away just six months before the store opened, so Bonnie agreed to quit selling real estate to operate the restaurant.